The Real James Bond and 007 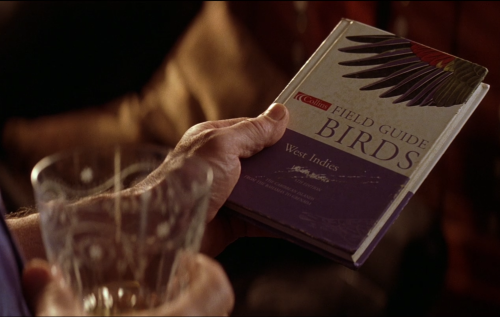 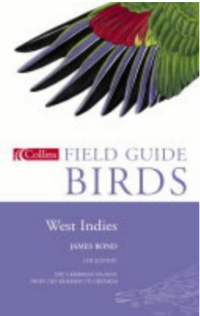 In the 2002 007 film "Die Another Day," James Bond the secret agent posed as James Bond the ornithologist and even held a copy of one of the later editions of Bond's landmark field guide -- with Bond's name obliterated.

There's a classic scene between Pierce Brosnan's binoculars-toting, mojito-drinking James Bond (below) and Halle Berry's bikini-clad Jinx Johnson. In the scene,  set in Cuba, Bond says he's an ornithologist and professes he's there "for the birds."

As a result, the book has become a bit of a collector's item, although the book is often misrepresented in on-line sales.

The actual one is the 1990 Collins U.K. edition, pictured above left.

Much more about the real James Bond, Ian Fleming and 007 are in my upcoming book. 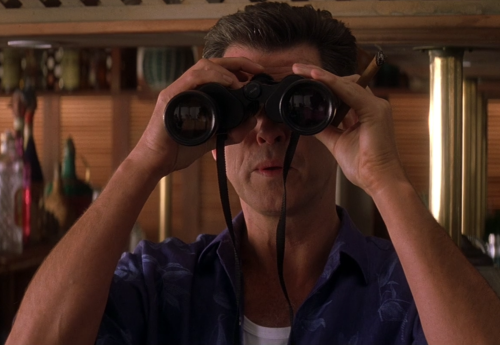