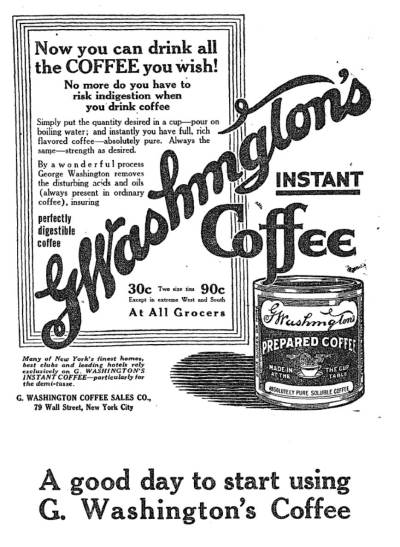 Did you know that James Bond once collected live wild animals for George Washington?

In 1925, he accompanied an aristocratic pal named Rodolphe Meyer de Schauensee on an expedition to the lower Amazon jungle in Brazil to collect bird skins for the Academy of Natural Sciences of Philadelphia and -- to pay for the trip -- to collect live specimens for public and private zoos.

One such customer was a New Jersey-based coffee manufacturer named George Washington, who made his fortune by inventing an early incarnation of instant coffee. Washington spent part of that fortune keeping exotic wild animals at his fenced-in Mendham estate, including a cheetah that was said to eat breakfast with him.

(And happy birthday to the real George Washington!)

Image above via Wikimedia.