Tom Nicastri produced this short YouTube interview. It serves as a nice intro to the book, even if I do most of the talking.

To search this blog, just type a word in this space on the right:

To subscribe,  type your email address, in this space on the right:

To check my other social media, click on the names on the right: 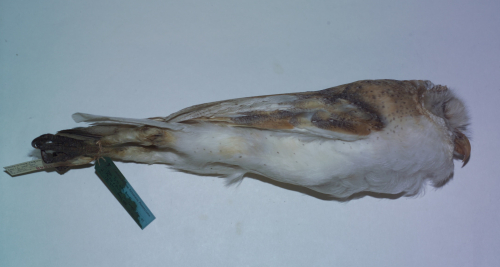 One of the photos in my book is of a Barn Owl subspecies (Tyto alba bondi) named for the Real James Bond by his colleagues at the Carnegie Mellon Museum of Natural History in Pittsburgh.

The museum's website has a new webpage about the owl. You can read more here. (Thanks, Carnegie Mellon!)

One of my favorite moments on a Jamaica trip was to see a Barn Owl in the Blue Mountains.

At dusk one night, I could see a pale Barn Owl cruising phantom-like over the open terrain in search of an early dinner (or, for this nocturnal iller, breakfast no doubt.)

The air was dead silent as the owl scanned the terrain, and a passage from spy novelist (and former MI6 member John le Carré) came to mind:

“I am never too late to spot his golden-white shadow skimming over the ground … He has no predators I know of.

"Neither the cliff ravens or the peregrine falcons are inlined to tangle with him. This Barn Owl is also surveillance-conscious to a degree that we human spies would consider psychic. ...

"But if I so much as think of raising my head, he aborts the operation and ducks over the cliff. Come evening he will have forgotten me, and there he is again, with only the tips of his milk-and honey wings trembling. And this time I have promised myself not to raise my head.”

I had seen Barn Owls in the wild before, but this one, the master of its domain, was the most memorable.

(More about John le Carré in my book.) That man can write! 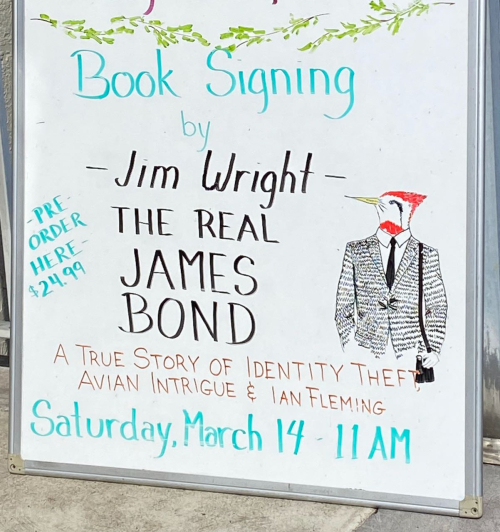 From outside Wild Birds Unlimited on Route 17 South in Paramus. I'll be doing a signing and talk there on Saturday, March 14.

My New Column: All About 'The Real James Bond' My new book about the real James Bond got its start as a "Bird Watcher" column back in 2015.

I sure have learned a lot since then, as I write in my new column about Bond, a bird mna, author and adventurer.

The photo above, of James Bond announcing the discovery of an 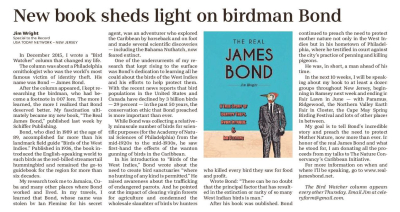 exceedingly rare Eskimo Curlew, ran with my column back then. Bond worked as an ornithologist at the Academy of Natural Sciences for more than half a century.

The oft-used image of Bond helped create the image of ornithologists as tweedy, pipe-smoking bird nerds when they are anything but.

As author/ornithologist Julie Zickefoose wrote in a blurb for my book, “If The Real James Bond does nothing more than convince readers that an ornithologist can be something other than proper, stodgy, or dull, it will have done a great service.”

All proceeds from my talks benefit The Nature Conservancy's Caribbean Initiative, as both the real James Bond and Ian Fleming would have wanted.

You can see a schedule of all my talks in New Jersey here. Please spread the word.

I will post more info on my talks in Pennsylvania, Maine and Manhattan next week. 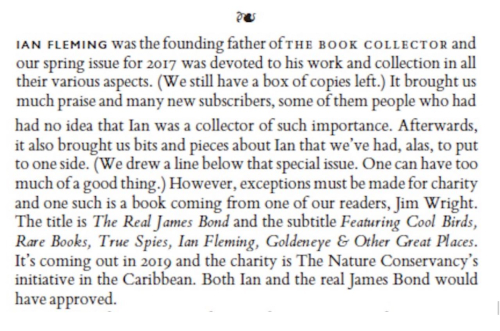 When James Fleming, editor of The Book Collector and nephew of Ian Fleming (who founded the highly regarded quarterly in 1952, the same year he wrote Casino Royale), heard about this book and its pledge to raise money and awareness for the Caribbean, he wrote in The Book Collector:

"The title is The Real James Bond ... It's coming out in [2020] and the charity is The Nature Conservancy's initiative in the Caribbean. Both Ian and the real James Bond would have approved." 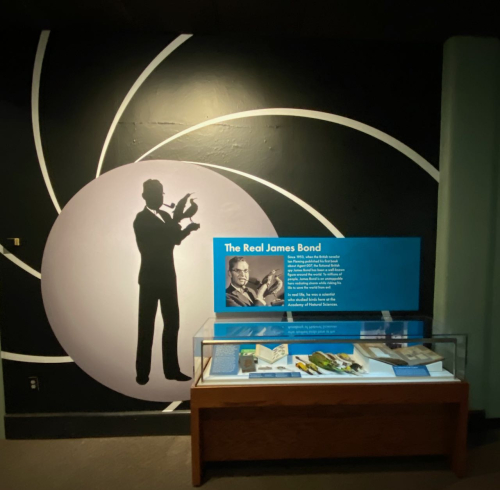 My talk at the Academy of Natural Sciences is Tuesday night (March 3), but the Academy's special display for the event will be up all spring.

Even if you can't make the talk, you can see the display the next time you visit Philadelphia.

'Fish of the West Indies' 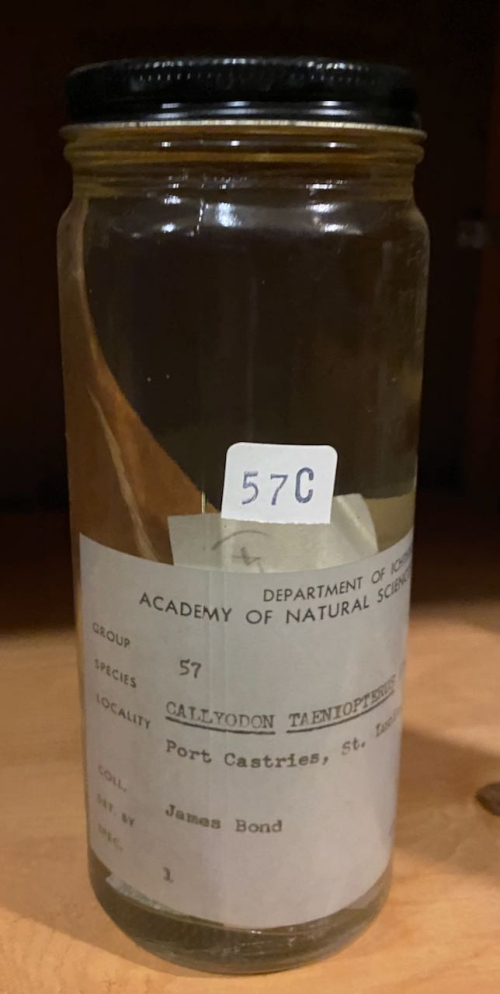 Most folks don't realize it, but James Bond collected a lot more than birds than when he made his repeated trips to the West Indies.

He collected insects, bird eggs and dozens of fish as well.

Most of them -- like this Parrotfish collected off Port Castries, St. Lucia -- are in the collections of the Academy of Natural Sciences in Philadelphia. 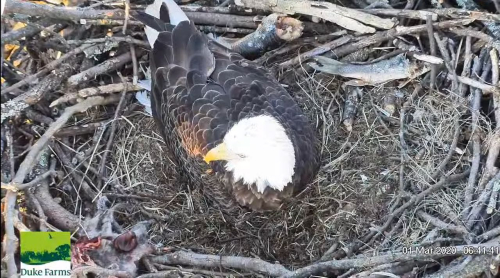 Now that Bald Eagle nesting season is in full swing, I thought I'd post links to the free Blad Eagle e-books I've done.

You can view the interactive e-book I did for Duke Farms and the Conserve Wildlife Foundation of New Jersey here.

You can view the e-book I did for the Meadowlands Commission here.

Both of the Duke Farms eaglets have hatched.  Screenshot from this morning is above.)

You can view the cam any hour of the day here.

You can rewind the video to see recent nest action.