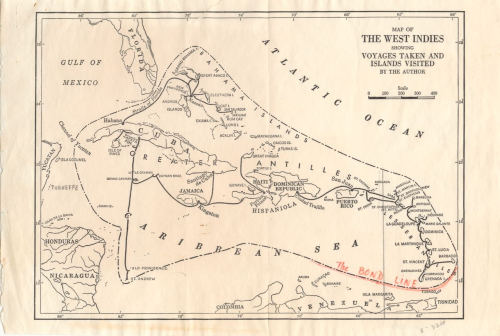 A Science Times section in The New York Times earlier this year featured an article about a Solenodon, an incredible creature native to the West Indies.

As Veronica Greenwood wrote: "About the size of a guinea pig, it has a long, hairless snout, sharp little teeth and, to top it all off, venom-laced saliva. "

The question is, what does this creature -- related to hedgehogs, moles and shrews -- have to do with the real James Bond? 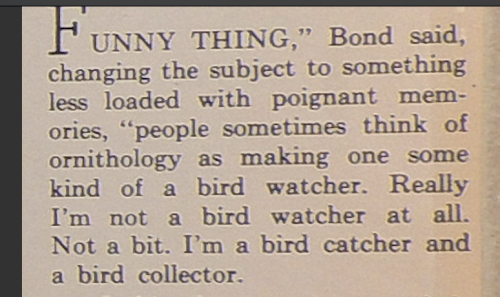 In the course of the research for my book, I discovered that (gasp), the real James Bond was a closet bird-watcher (or he slept with one).

On one of Mary Wickham Bond's notepads for the summer of 1956, I found the list on the left. They were living on Davidson Road in Chestnut Hill, Pa., at the time.

I found it most interesting in light of quotes from James Bond in newspaper interviews which he insisted he was not a bird-watcher (see below).

I also loved some of the vernacular for for various birds back then, including "chewink" (Eastern Towhee) and "sparrow hawk" (American Kestrel).

I know that Sharp-shins were also called sparrow hawks, but there's already a Sharp-shin on the list. The list, by the way, includes some pretty neat birds.

(Not sure why some birds are crossed out.)

Here are my earlier posts for the Cape May Spring Weekend:

Continue reading "When Aussies Embraced the real Bond and 007" » 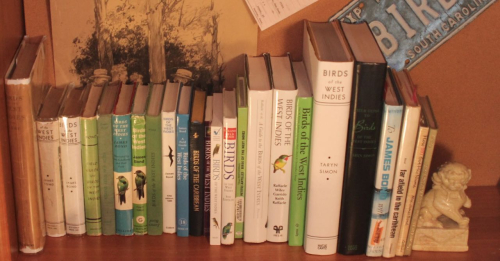 In advance of my talk this Saturday at the virtual Cape May Spring Festival, I am re-posting one of my favorite posts each day this week, plus a couple of new posts -- like this one.

A great acquaintance recently directed me to some pretty cool James Bond collector groups on Facebook.

One of my favorites is James Bond Collectable Books Worldwide, which has a wonderful array of collectors  -- some with extraordinary collections of 007 books.

I am now trying to see how many folks (besides me) collect the various incarnations of "Birds of the West Indies."

Below is most of my collection, which includes "Birds of the West Indies" by as many authors as I could find, plus Mary Wickham Bond's memoirs. Some are a bit worn, but I've grown attached.

I used a lot them to research  my book, which has a whole chapter on "Birds of the West Indies."

I already need to expand that chapter.

My favorites are the ground-breaking 1936 and 1947 editions of James Bond's work.

Monday: The Birds of 007.
Tuesday: The Bahama Parrot.

Friday: When Aussie birders embraced Bond.
Saturday: James Bond's backyard bird list?
You can read more about the festival and my talk (about "The Real James Bond") here. 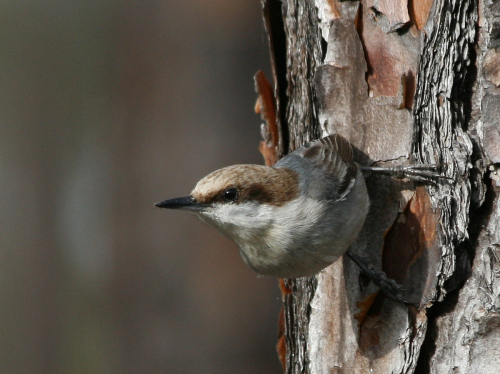 I've found that when it comes to researching birds in the West Indies, James Bond's name usually lurks somewhere.

The Bahama Parrot, a.k.a. the Abaco Parrot, recently in the news because of Hurricane Dorian, is a case in point.

Posted by Jim Wright at 06:28 AM in The Bahamas, Threatened and Endangered | Permalink | Comments (0)

My Article for Bird Watching: Birds of 007 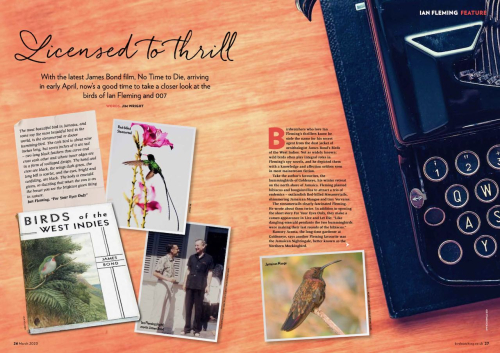 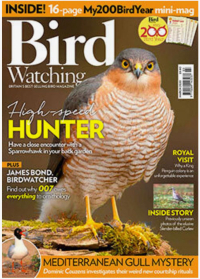 It's packed with fascinating info for 007 fans and bird-lovers alike.

Tomorrow: The Bahama (Abaco) Parrot.
Wednesday: The Bahama Nuthatch.
Thursday: Collecting the books of the real James Bond.
Friday: When Aussie birders embraced Bond
Saturday: James Bond's backyard bird list?
You can read more about the festival and my talk (about "The Real James Bond") here.

I am speaking at the virtual Cape May Spring Weekend this Saturday at 12:30 p.m. 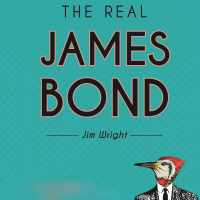 You can read more about the festival and my talk (about "The Real James Bond") here.

You can order a signed copy here. Proceeds go to NJ Audubon and The Nature Conservancy's Caribbean initiative (in Bond's honor.)
You can order a "Real James Bond" eBook for Kindle here. It's also available from some libraries via the  Libby app.
You can read The Wall Street Journal review here.
In advance of my talk, I'll be posting the following:
Monday: The Birds of 007.
Tuesday: The Bahama (Abaco) Parrot.
Wednesday: The Bahama Nuthatch.
Thursday: Collecting books by the real James Bond.
Friday: When Aussie birders embraced Bond.
Saturday: James Bond's backyard bird list?

My Column: Cape May Spring Festival This year, for the first time, the Cape May Spring Festival is going virtual. 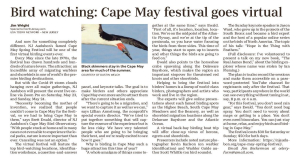 That means many folks -- who've always wanted to participate but couldn't -- will now be able to see this top birding destination for themselves.

My new column for The Record tells all.

(Full disclosure: I'm doing a talk on the real James Bond on the first day of the festival, Saturday, May 23.)