Home Archives Profile Subscribe About
An Art Talk Not to Be Missed
About that Bond Bird in the Yale Art Gallery ... 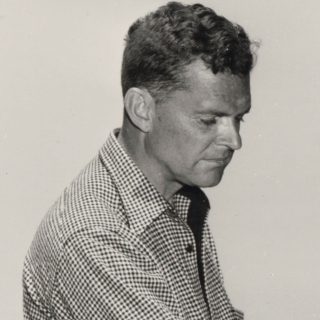 One of my goals in writing "The Real James Bond" was to correct many of the common misperceptions about the real James Bond (like the factoid that Bond gave Fleming to use his name), and to improve upon the usual images used for him in the media.

Then there's the shot that ran with Bond's discovery of the last Eskimo Curlew (below left), which ran in newspapers nationwide.

It shows Bond, in his mid-sixties, as a tweedy, bespectacled, eyeglass-wearing professorial type.

The Wikipedia photo for Bond (lower right)  -- taken when he was in his seventies and having health problems  -- made him look an old-style undertaker.

The Rare Book Department of the Free Library of Philadelphia has a terrific photo of the handsome Bond that I used for my book.  I share it here as well. (Thank you, Free Library!)

The two photos below were used for postage-stamp likenesses of Bond, which I included in my book.

Posted by Jim Wright at 04:42 AM in Academy of Natural Sciences, Free Library of Philadelphia | Permalink | Comments (0)