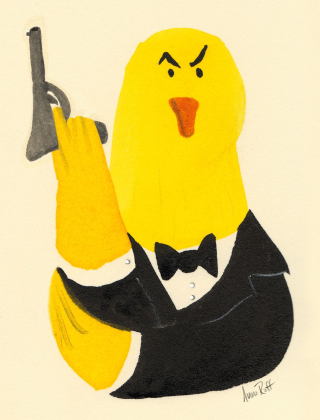 The first time I saw the above illustration by the wonderful artist Anna Raff, I knew it was precisely the image I needed to illustrate a "bonus" section of  The Real James Bond.

It was perfect for the last chapter of the book -- a 007 ornithological parody written by Kenneth Parkes for an American Ornithological Society (then the AOU) annual conference.

The name of the parody?

You can learn more about Anna Raff here.

You can learn more about her illustrations and books here.

The Philadelphia Inquirer posted an article online about more than 1,500 migrating birds killed in Philadelphia one night last week when they flew into skyscrapers. (You can read it here.)

When I heard the news, I thought back to an old front-page clipping  I read from The Inquirer from September 1948, a similar tragedy struck Philadelphia (and New York City).

The first expert that The Inquirer interview back then? James Bond.

You can read the story below.

Bond (pictured at right), curator of birds of the Americas for the Academy of Natural Sciences, is quoted at the end of the first part of the story and the beginning of the jump. 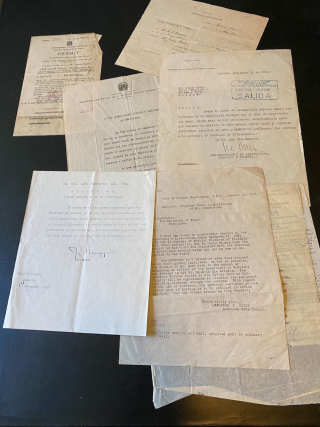 The 25th 007 movie No Time to Die has been moved back again, to next April, which makes one wonder if the name should be changed to No Time to Release.

Nonetheless, today (October 5) is Global James Bond Day, so dedicated because today is the anniversary of the first Bond movie's release in 1962.

The real Bond had far more of them than 007 since he needed to collect birds on so many Caribbean islands for so many years.

The Rare Book Department of the Free Library of Philadelphia has quite a few in its archives, even if the rarest one -- signed by Dominican dictator Rafael Trujillo -- never made it to their collection.

Posted by Jim Wright at 07:58 AM in Free Library of Philadelphia | Permalink | Comments (0)

An Interview with Raphael Corkhill 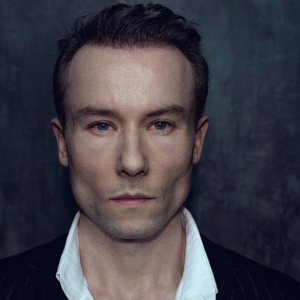 I was so pleased with the way Raphael Corkhill narrated the Audible version of The Real James Bond that I just had to learn more about him and his narrations.

(One of the highlights of the audiobook, by the way, is Raphael's narration of a Jame Bond ornithological parody called "Goldfincher." Raphael called the parody "hilarious," and he made even more so.

(I wish I had written the parody but the culprit was Bond's pal, the late Kenneth Parkes of the Carnegie Museum of Natural History in Pittsburg. Kudos to the American Ornithological Society for letting me use it.)

You can read more about the British-born and Princeton-educated Raphael here.

How long have you been narrating audiobooks?

I got into audiobooks almost immediately after I finished drama school, about nine years ago.

You Can Still See My Zoom Talk for Birdfair 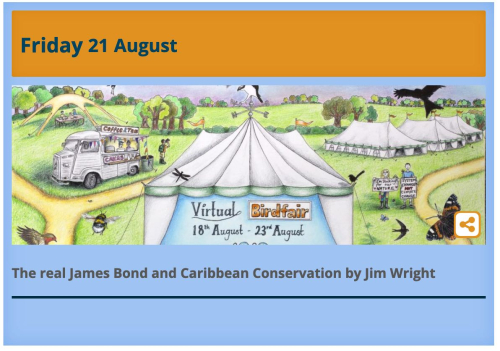 Although Britain's first-ever virtual Birdfair is over, my short talk "The real James Bond and Caribbean Conservation" is available to all for several more weeks. (There's no registration, and there are lots of cool talks to watch.)