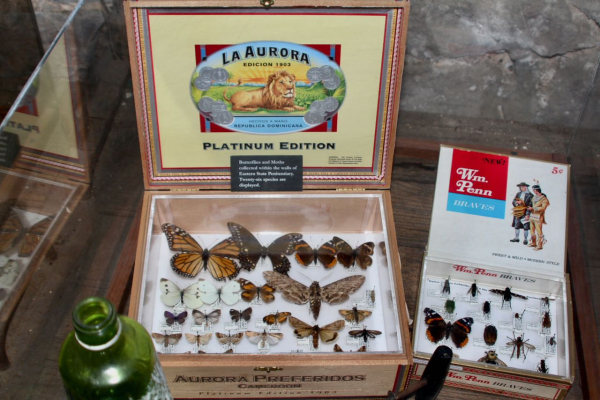 When I was researching The Real James Bond, I took a break one afternoon and toured Philadelphia's Eastern State Penitentiary.

It is an amazing place, and I highly recommend taking a tour when it reopens after the current Covid mess is over.

I was astounded by an exhibit of butterflies collected by an inmate -- inside the prison walls in the middle of Philadelphia.

The prisoner collected 18 species just beyond his cell in a small prison yard one summer way back when. Bond, who had a stinkbug and a cricket named after him, would have been impressed. The prison is less than a mile away from the Academy of Natural Sciences, where Bond worked for many decades.

Maybe I'm being negative, but I doubt we get that many species now at my local natural area (in Allendale, N.J.) in an entire summer anymore.

I fear we are losing a lot of the natural world because of pesticides, herbicides and other poisons that kill a lot more than their intended targets.

You can read more about Eastern State Penitentiary here. 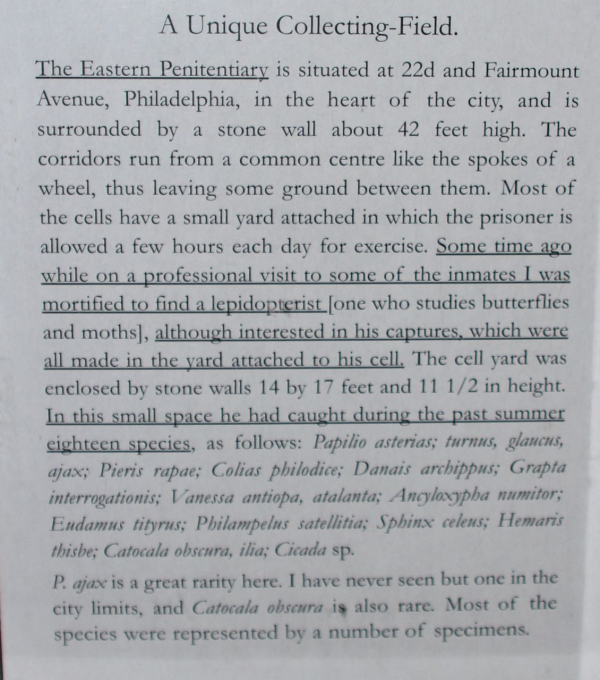