Highlights from Reviews of My Book

Here are highlights of reviews of my book from The Time Literary Supplement (TLS) in the U.K.,  The Wall Street Journal, The Condor (American Ornithological Society) and more.
TLS review:
It is by turns a capsule portrait of Philadelphia high society 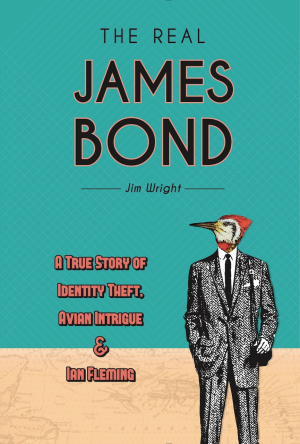 at the turn of the last century, a bibliographical thriller, and an exploration of the historically close ties between birders and spooks, even unmasking a surprising villain.

Although Bond “appeared every inch the genteel pipe-smoking naturalist”, he was “an adventurer with a reputation for occasional ruthlessness” and an expert marksman. Wright makes much of the similarities between the two Bonds, even going so far as to wonder whether the birdwatcher was himself a spy, concluding that he probably wasn’t, despite his habit of showing up in politically sensitive places. (Wright’s easygoing attitude to this – “it’s fun to speculate” – sums up his book.)

And The TLS podcast said The Real James Bond: "makes the reader aware of the many links between twitching and spying, people turning up in politically sensitive places with binoculars pretending to look for birds, and Jim Wright, the author of the book, really goes for broke on the link, even positing that Jim Bond might have been a spy. Intriguing… A handsome volume with some fantastic illustrations… With Christmas coming up, one could describe this book .... [without doing it any injustice] as a terrific stocking stuffer."

The Wall Street Journal
"It is a pleasure to highly recommend this entertaining biography of James Bond, which also is full of 007 and Ian Fleming lore. Wright keenly describes Bond’s aristocratic upbringing and relatives, his education at St. Paul’s School and years in England, his writings, and his ornithological legacy. An obdurate researcher, Wright has been to all the relevant archives, libraries, has spoken to many key persons, and has traveled extensively for first-hand experiences of places Bond lived and worked. Well done.

The Condor magazine of the American Ornithological Society.
“A must-have for James Bond fans and for those with an interest in ornithological history."

The Booze and Books podcast:
"An enlightening biography of Jim Bond and his accomplishment... I'd recommend The Real James Bond to anyone who is a serious and committed devotee of the world's favorite British secret agent and his universe.

The Journal of Caribbean Ornithology:
The Real James Bond: A True Story of Identity Theft, Avian Intrigue, and Ian Fleming is a quick and absorbing read that pleasantly leads the reader through a collection of themes almost as diverse as the Caribbean avifauna. Quite a treat!

Furthermore, in an era when many books seem to be thrown together for quick and inexpensive sale, this is a well-researched, high-quality book printed on heavy paper and loaded with interesting photos re-produced in true colors.

Bibliophiles will understand when I say this book just feels good to hold!

I highly recommend this book ..."

A prime pick for June, Bird Watching magazine
"This is a fascinating book, jammed full of photos, recollections and plenty of goodies about James and his fictional namesake along with author Ian Fleming."

Frank Gill, co-founder of eBird and author of Ornithology
“If The Real James Bond does nothing more than convince readers that an ornithologist can be something other than proper, stodgy, or dull, it will have done a great service.”

Ornithologist and author Julie Zickefoose:
“If The Real James Bond does nothing more than convince readers that an ornithologist can be something other than proper, stodgy, or dull, it will have done a great service.”

Matthew Parker, author of Goldeneye: “Bond. James Bond. Here is the intriguing back story of three heroes. One was a charming museum ornithologist, one a flamboyant ex-naval intelligence officer turned best-selling author, and the third, of course, our suave MI6 agent who saves the world over and over again. But this good read is neither fiction nor fantasy. Rather Jim Wright has penned a fine biography that meshes three fortuitously intertwined worlds."

Collector's Corner:
“Wonderfully researched, full of surprises, and written with zip and panache.”

The Birdbooker Report review:
“Quite informative and a fun read.”

Donovan's Bookshelf:
"A 'must' read for any fan of the Bond movies or writer Ian Fleming's creation, offering an intriguing real story of an ornithologist whose life mimicked Bond's world."