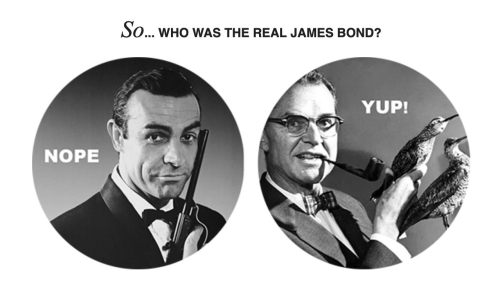 I will appear at the Tidepool Bookshop in Worcester, Mass., on Wednesday, April 28, to talk with customers and sign books from noon to 1 p.m. It's being billed as "an actual IN-STORE event!!!"

(That's the store's wording and lettering. Clearly, it'll be a red-letter day!)

I also love the little teaser they did -- above.

You can visit and buy the book in-store or order online.

The appearance is a follow-up to a Zoom event I did for the bookshop late last month.

The Tidepool Bookshop is located at 372 Chandler Street, Worcester, MA 01602, The website is: www.tidepoolbookshop.com

We need to support our independent bookshops!

Help Save the St. Vincent Parrot! 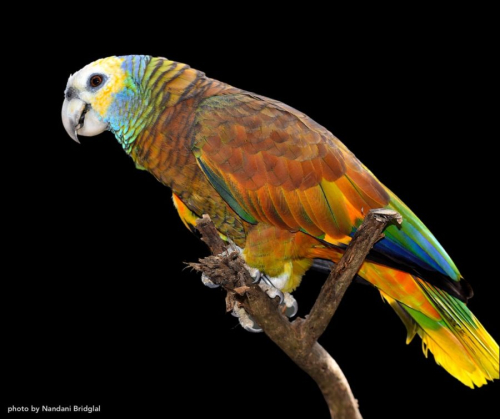 In case you hadn't heard, the La Soufriere Volcano eruptions on the Caribbean island of St. Vincent earlier this month threaten the existence of the St. Vincent Parrot, described by the real James Bond as "a gaudily plumaged parrot."

This bird needs our help. You can learn more from BirdsCaribbean here.

In his 1928 paper "On the Birds of Dominica, St. Lucia, St. Vincent, and Barbados, B. W. I.,"  for the Academy of Natural Sciences in Philadelphia, Bond wrote that "there is still a good deal of illicit gunning going on on these islands, which, if not stopped, will ultimately result in the extermination of the parrots. St. Vincent is not a large island, with an area of only one hundred and thirty-three square miles, less than half that of Dominica, yet containing a population considerably greater. It would seem, therefore, that A. guildingi is in most danger of extinction."

Bond didn't mention the volcano, but I'm sure he'd still want you to help save this rare and beautiful parrot. 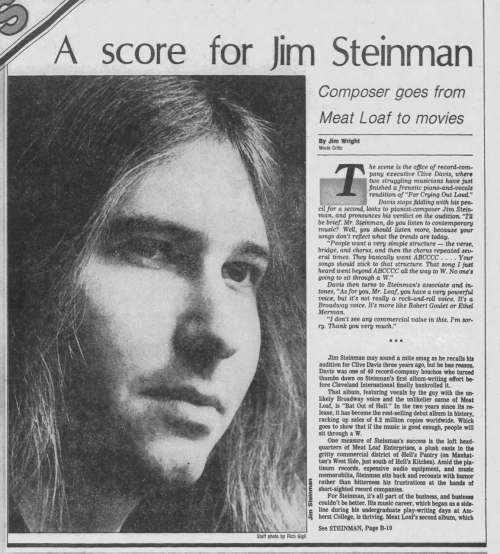 A long time ago, I was the film critic for The Record in northern New Jersey. One of the perks was to interview people in the entertainment field who fascinated me.

When the movie "A Small Circle of Friends" came out in 1980, I was fortunate to interview Jim Steinman, a terrific guy who was forthright and easygoing despite his fame at the time.

When I heard today that he died, I went back and dug out the clipping of that interview. I know it's not exactly James Bond, but I thought it was worth posting.

Here it is, for Steinman fans. 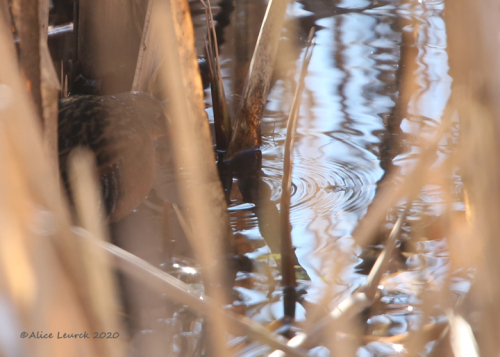 In this rare photo, a Wild Turducken can be seen drinking in a nearby marsh. Photo by Alice Leurck.

The new species is believed to be a hybrid of a Northern Shoveler (Spatula clypeata), Wild Turkey (Meleagris gallopavo) and a Jersey Giant Chicken (Gallus gallus domesticus), according to  the Allendale Ornithology Institute (AOI).

“To discover such a rare new breed in the middle of suburbia is  literally unbelievable,” said David Wheeler, Executive Director of the Conserve Wildlife Foundation.

Here are some highlights from the announcement:

The free-range Turducken makes its home in North Haledon on Nature Conservancy land near the summit of the 1,260-ace High Mountain Park Preserve, located in the Watchung Mountains. 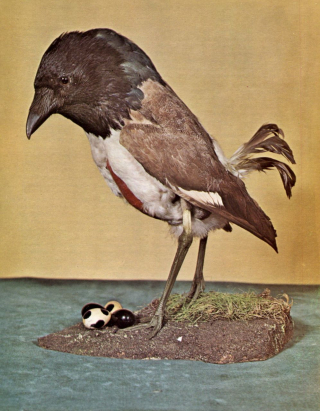 The first known sighting of the elusive bird was in the woods at the Celery Farm Natural Area in Allendale, N.J., on April 1, 2016, by Joseph Koscielny of Oakland, N.J. Koscielny found a primary feather from the bird nearby, and the AOI sent it by courier pouch to the National Paraphyletic Avian Research Foundation in Patuxent, Md., for DNA testing.

Additional DNA research confirmed that the Wild Turducken is a distant relative of the Bare-fronted Hoodwink, an uplands bird displayed in the Royal Scottish Museum, Edinburgh, on this date in 1975.

Jim Wright, the author of “The Real James Bond,” the biography of the noted Philadelphia ornithologist and identity-theft victim, urged the AOI board of trustees to name the potentially new species Turduckensis flemingii in honor of thriller writer Ian Fleming.

“When James Bond’s wife Mary wrote to Fleming and accused him of stealing her husband’s name, Fleming admitted his guilt,” Wright explained. “He then offered the real James Bond  ‘unlimited use of the name Ian Fleming for any purpose he may think fit. Perhaps one day he will discover a horrible new species which he would like to christen in insulting fashion.’

“In the spirit of the real J.B., I asked that the Wild Turducken be named in the legendary 007 author’s honor, and the AOI is considering it,” said Wright. “I hope that someday the Academy of Natural Sciences in Philadelphia will name a new species far more horrible than the Wild Turducken after Ian Fleming -- like a hideous pink-colored wading bird called a ‘Flemingo’.”

You can download the announcement, on Page 4 of the Montclair Bird Club's April newsletter, here:

Kudos to the Montclair Bird Club for breaking this incredible news!