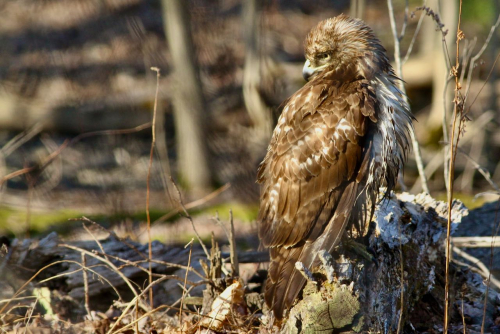 This raptor may not be in the West Indies, but Latin for Red-tailed Hawk is ...

I think this young Red-tail had just taken a bath in the little waterway in my backyard.

He didn't mind my taking his photo. Was still preening when I left.

Here's what James Bond had to say about this hawk in the first edition of Birds of the West Indies: 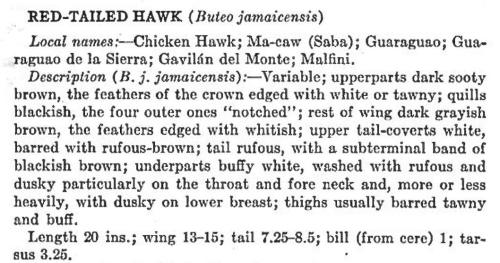 Helping Nature in the Caribbean 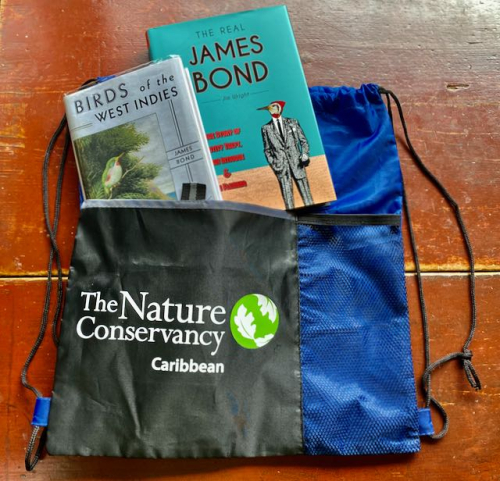 The real James Bond loved birds and the West Indies, and he was an advocate for protecting them both -- especially preaching the need to end the slaughter of rare species in the Caribbean. 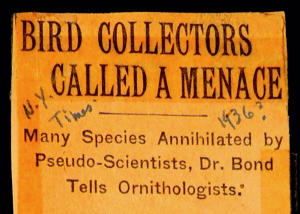 The headline above was from an article in The New York Times in the mid-1930s. Bond was a noted ornithologist with a brand-new book, "Birds of the West Indies," by then. (But contrary to the sub-headline) he had no doctoral degree ... )

The introduction to the book went into great detail about the dangers facing the birds of the West Indies -- from humankind to hurricanes.

One of the goals of this book is to raise awareness -- and money -- to help the environment in the Caribbean. To that end, all proceeds from talks and appearances generated by this book will go to The Nature Conservancy's Caribbean initiative.

Posted by Jim Wright at 07:50 AM in Academy of Natural Sciences, Cuba, Jamaica, The Bahamas, The Nature Conservancy, Threatened and Endangered | Permalink | Comments (0) 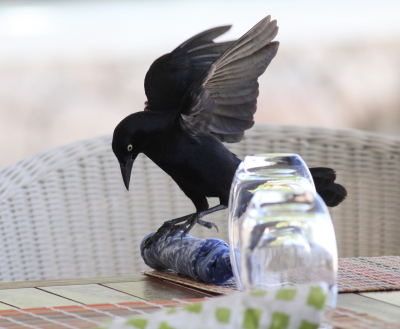 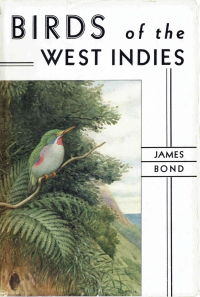 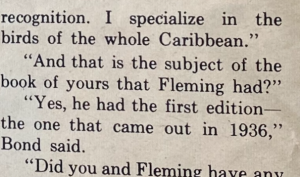 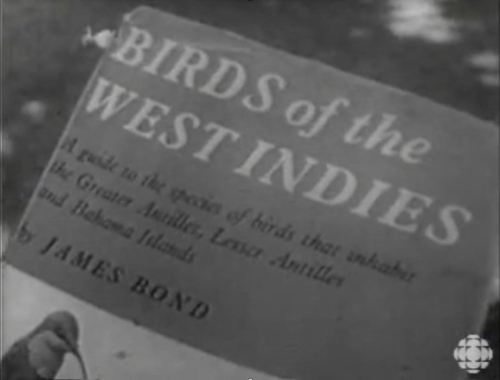 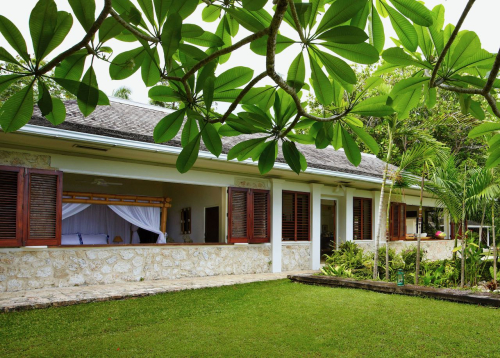 On Feb. 5  56 years ago, James and Mary Bond left their room at the Mona Hotel (once the Mona Great House) outside Kingston in Jamaica and drove over the Blue Mountains to drop in unexpectedly -- but not uninvited -- at Golde 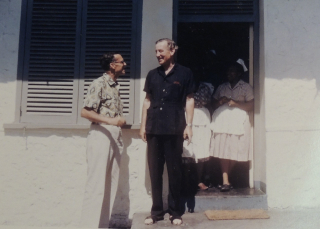 Things were a bit tense at first, as Fleming feared that Bond was going to try to sue him for identity theft. Fleming even challenged Bond about a bird identification to see if Bond was for real.

Bond passed, and they soon got along famously.

Although much has been written about that day, one mystery remains.

I write about the meeting -- and the mystery --  in "The Real James Bond," published by Schiffer Books.

The top photo, of the Fleming Villa at GoldenEye, is courtesy of Island Outpost.

The photo above right, the only known image of their meeting, was taken by Mary Bond and is used here courtesy of the Free Library of Philadelphia.

The photo below, of the Mona Hotel, was also taken by Mary Bond and is used here courtesy of the Free Library of Philadelphia as well. 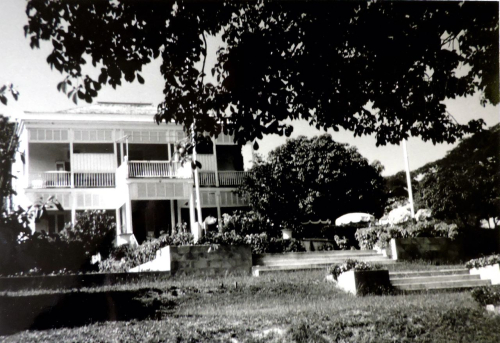 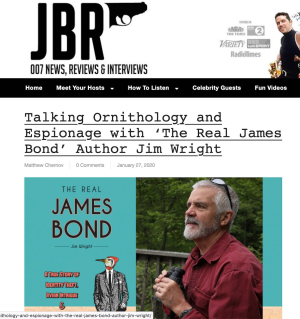 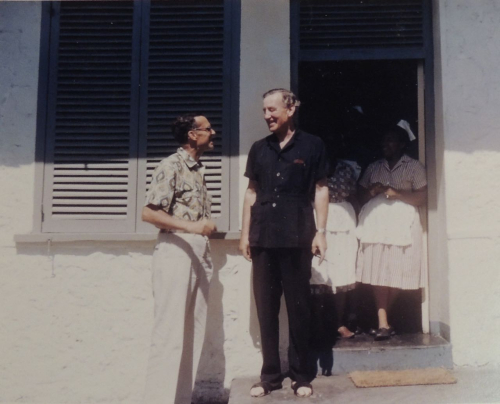 On February 5, 1964, James and Mary Bond paid an unexpected visit to Goldeneye and met Ian Fleming.

It turned out to be a historic day, with Fleming and Bond talking about their books and Fleming giving Bond a copy of his soon-to-be-released "You Only Live Twice."

Mary Bond took the above photo, which is now in the archives of the Rare Book Department in the Free Library of Philadelphia.

It is the only known photo of the two men together. It is widely used -- alas without proper credit or attribution.

You can read more about the photo, the day, and the parallels between the two authors in my book.

By the way, I'll be doing a free talk at the Free Library on Saturday, April 11.

Posted by Jim Wright at 07:52 AM in About the Book, Goldeneye, Jamaica | Permalink | Comments (0) 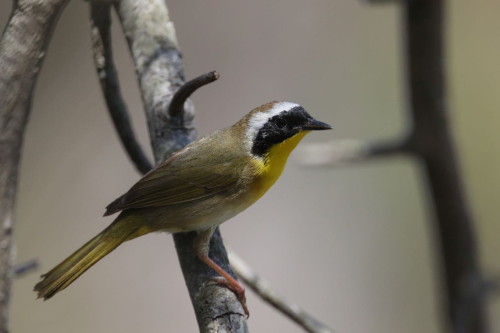