How to Get a Copy of 'The Real James Bond' 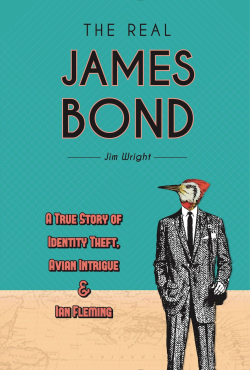 Want your own copy of The Real James Bond?

You can order a hard-cover copy online here.  (This website helps raise money for independent bookshops.)

You can order a signed copy from me here.

You can read my interview with BirdWatching magazine here.

You can subscribe to this blog by supplying your email address under "Subscribe" in the column at right.

Sure is a lot you can do! 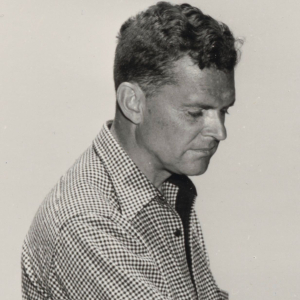 Interested in learning more about the book? Here are some useful links, including a raft of great reviews.

You can read my article about the real Bond in The Smithsonian Magazine here.

My interview with BirdWatching Magazine is here.

The Real James Bond has gotten some marvelous reviews and praise, and I thought it might be helpful to link to as many of them as possible in one spot -- here:

My Next Free 007 Zoom Talk: Tuesday 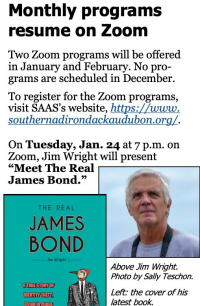 Looking forward to presenting my next Zoom talk on Tuesday, with some new material on 007 in the Adirondacks.

In 1952, Ian Fleming stole the name of a famous ornithologist and explorer named James Bond (1900-1989), the author of the trail-blazing Birds of the West Indies.

This colorfully illustrated talk will focus on Bond, Ian Fleming, and some 007 moments in the Adirondacks.

Jim Wright is the author of The Real James Bond, the acclaimed biography of the author and birdman who fell prey to the world’s most famous case of identity theft. The Wall Street Journal called it “slim and elegant” -- just like the real Bond and 007.
You can register here:

I happened upon this webpage advertising a copy 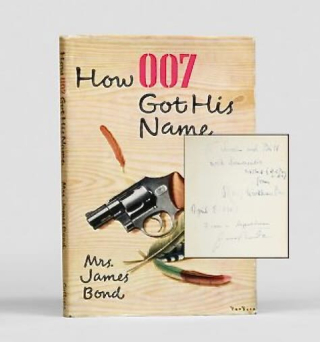 of How 007 Got His Name, signed by both James Bond and his wife, Mary Wickham Bond.

Here's part of the description:

First edition, first impression, inscribed by the author and her husband James Bond on the front free endpaper: "To Sarah and Bill, with Democratic wishes (R-L? or L-R?) from Mary Wickham Bond. April 8 1967" and "From a Republican. James Bond". While copies signed by the author occasionally appear in commerce, those signed by the subject are evidently scarce. 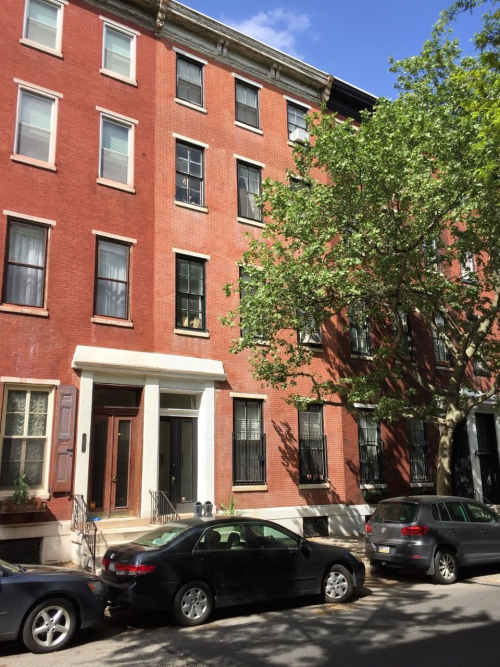 Happy birthday to noted ornithologist and identity-theft victim James Bond, who would have turned 122 today,

Here's a bit more background, from my book: 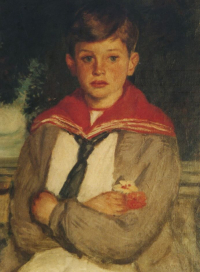 Unlike a certain spy of the same name, went by “Jimmy” or “Jim” his entire life.

The Twentieth Century would be known as the American Century, shaped by two cataclysmic wars and incredible technological advances -- from automobiles and airplanes to high-powered computers and a ubiquitous Internet -- and Bond would live through nine decades of it.

The Bond family fortune was enormous, but for the youngster, it was ultimately far less significant than its location, Philadelphia, a city long known as the cradle of American ornithology.

Thanks to such pioneer ornithologists as author-illustrator Alexander Wilson, the legendary John James Audubon, author John Cassin, and Academy of Natural Sciences founding member Thomas Say, Bond grew up in an environment where birds and natural history were revered.

Jim Bond was born into a long line of U.S. Bonds that dates from as early as the 1600s.  His ancestors are said to include Thomas and Phineas Bond, who were among the founders of the American Philosophical Society, the University of Pennsylvania, and Pennsylvania Hospital. 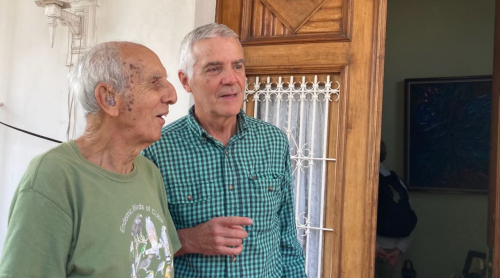 I met with the legendary Cuban ornithologist Orlando Garrido in Havana for the first time since The Real James Bond came out and presented him with a copy of the book. I had interviewed him for the book back in 2016.

The visit was part of a birding tour with the Caribbean Conservation Trust, and the visit was one of the highlights.

In fact, the Caribbean Conservation Trust was the main reason I went to Cuba back in 2016. I saw that a visit with Orlando was part of the trip, and I really wanted to meet him after seeing the exchange of letters between Orlando and Jim Bond in the Academy if Natural Sciences archives.
Jim Bond was Orlando's stateside mentor, and Orlando has become a research associate for Bond's Academyof Natural Sciences -- a fitting honor for a living legend.

Orlando was wearing a BirdsCaribbean T-shirt featuring the endemic birds of Cuba.
We saw most of them on our 11-day trip.
(A big thank you to Barbara Retzlaff for taking the photo.)

The Academy of  Natural  Sciences in Philadelphia -- James Bond's home base for six decades, has a neat story about its Ornithology Department nowadays.

(Above, a tag from a Bee Hummingbird that Bond collected for science on the Isle of Pines (now called the Isle of Youth) in Cuba.

You can read it here:

Trick question: The Isle of Youth is the second-largest Cuban island. What is the largest?

See the answer below: 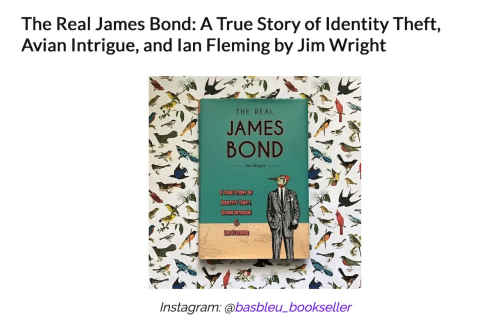 I was doing some 007 surfing on the Internet yesterday and came across a webpage for Top Gift Ideas from James Bond fans.

My book is included on the list. I thought they described it quite nicely:

Hardcore Bond fans already have the original novel versions of their favorite films. And if they don’t, it’s easy to get these books online.

If you’re looking for a book that a true Bond fan will appreciate, try Jim Wright’s The Real James Bond: A True Story of Identity Theft, Avian Intrigue, and Ian Fleming.

It tells the story of the American ornithologist whose name was borrowed by Fleming to create Agent 007.

It’s a chronicle of the background, adventures, misadventures, and scientific expeditions of the real-life James Bond – a glimpse into Fleming’s creative process.

The link is here:

I kinda like the bird wallpaper in the background, too. It would make some nice gift wrap.

Also came across a couple of reviews of the book in Portuguese and Romanian, also very cool. 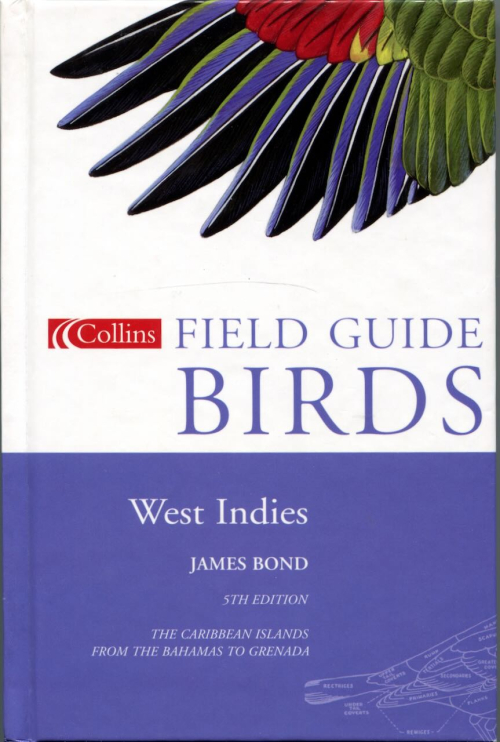 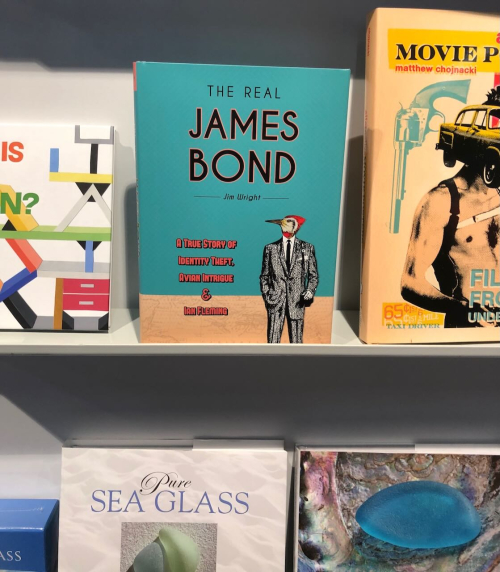 If you're in Frankfurt this weekend, stop by the big Book Fair and visit Schiffer Publishing's display. You just might see The Real James Bond.

YOu can read more about the fair here:

(Photo by Pete Schiffer; Thanks, Pete!)